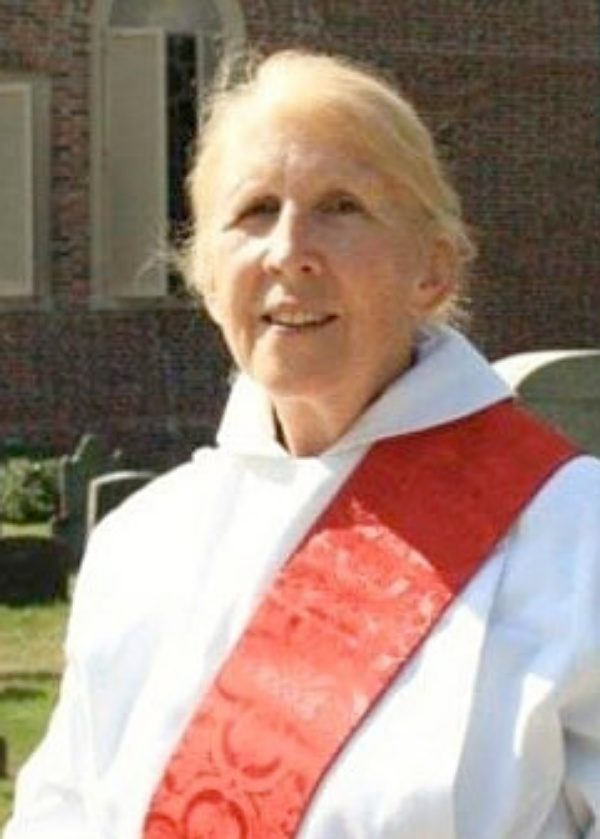 Vocational Deacon
The Rev, Deacon Susan Phillips began her service with the parish in 2009 after she was ordained with the first class of vocational deacons in the Diocese of Delaware. Susan is a life-long Episcopalian who has lived in Sussex County for over 30 years. After high school, she started a career in nursing at Pennsylvania Hospital and later received a BSN from the University of Pennsylvania and a MSN with a Pediatric Nurse Practitioner Certificate from the University of Virginia. Susan has two sons. One lives in California and teaches philosophy, ethics, and critical thinking to people in the military. The other lives in Delaware and does the very best he can to live independently with the struggles of mental illness and autism.

Susan’s experience with mental illness through her son caused her in 2007 to start the parish’s mental health ministry of service and advocacy within the community.

She was appointed by Governor Markell in 2011 to the Advisory Council on Substance Abuse and Mental Illness. In 2015, she was awarded the Simon & Jill Shute Advocacy Award by the National Alliance on Mental Illness in Delaware (NAMI-DE).

At The Episcopal Church’s General Convention in 2015, Susan led the successful effort to have Resolution C020 passed. This resolution strongly encourages all Episcopal churches and entities to support people with mental illness and their families and to provide education through NAMI and other local organizations.

**Any donations for Deacon Susan’s Ministry can be made by check and payable to: All Saints’ Church, 18 Olive Ave., Rehoboth Beach, DE 19971.
The message of God is very simple. Love one another. Take care of one another. Take care of creation. And while you're at it, love me--love God. Do that and you will find your way. That is the core of the gospel. That is the only sermon that matters.
- The Most Rev. Michael B. Curry, Presiding Bishop &Primate of The Episcopal Church