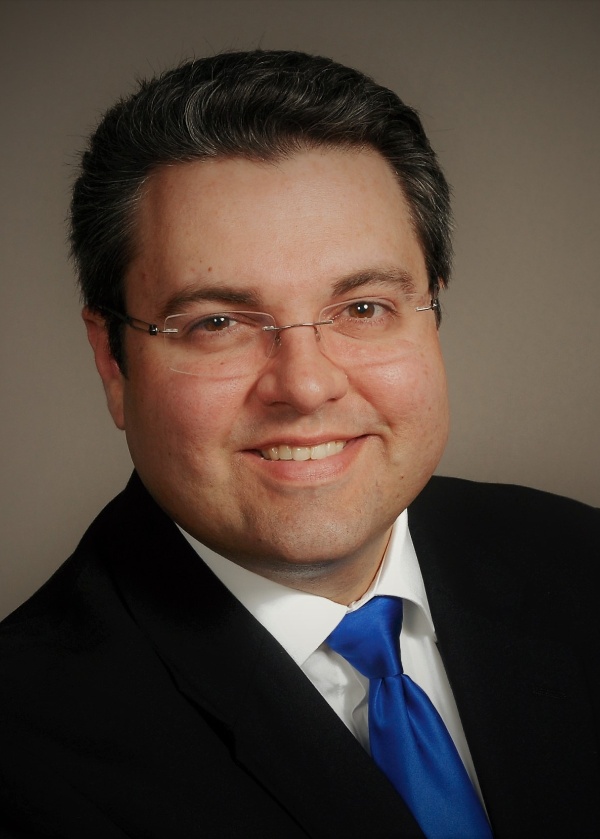 Organist &Parish Director of Music
For well over fifteen years, the Parish Choir of the Episcopal Parish of All Saints' Church & St. George's Chapel has been a featured ensemble of the Rehoboth Jazz Festival, performing a variety of mass settings including those written especially for our parish by composers Dr. Jeremy Fox, Angelo diLoreto, and the late Dr. Horace Boyer. In addition to the annual jazz mass, the Parish Choir has performed major works in concert by John Rutter, Gabriel Fauré, Louis Vierne, Joseph Jongen, and Théodore Dubois, and regularly provides a wide variety of works from composers spanning the Medieval era to the present day for worship throughout the church year.

A welcome and featured artist for our jazz masses has been Andréa Wood and her jazz ensemble. Andréa and her band formed in 2011 after meeting at the Manhattan School of Music, and have performed regularly since then at some of New York City’s premier music venues including The Iridium, The Kitano, Cornelia Street Café, and Rockwood Music Hall. The band performs Andrea’s original music, as well as reinterpretations of jazz, soul, and Brazilian classics. The music is simultaneously accessible and interesting, drawing from the band’s many influences and highlighting Wood’s stylistic and vocal versatility.

We are also thankful to welcome the Hood College Chamber Singers, under the direction of Lynn Staininger. The Chamber Singers are comprised of both music and non-music majors, from all classes. Each year, this group performs selections from Händel's Messiah in the fall, and other large classical works by Schubert, Haydn, Brahms and Mozart in the spring. In addition, they participate in the annual vespers service, Baccalaureate, graduation, and perform multiple concerts. The choir has performed with the Maryland Symphony, the United States Naval Academy, and the Choral Arts Society of Frederick, as well as many others. They rehearse an additional two hours per week and sing repertoire from vocal jazz to twenty-first century a cappella works. In addition to her work as Director of Choral Activities at Hood College, where she conducts two choirs and teaches music theory and conducting, Lynn Staininger also maintains a large private voice, piano, and conducting studio. A native Arizonan, Lynn received her degrees in Music Education and Choral Conducting from Arizona State University (Tempe), and pursued post-graduate studies in piano performance at the Conservatoire de Music in Neuchatel, Switzerland and has had conducting coaching with Simon Carrington and Gary Thor-Wedow. Lynn is a past member of Phoenix Vocal Jazz, a professional vocal ensemble in the style of Manhattan Transfer, who gave performances throughout the Western states, and is also a theater organist and winner of the Liberace Keyboard Competition. She is an active keyboard performer, coaching and music directing for music theater productions, and has composed original music for the off-off Broadway production of Tulip Heaven. Lynn is also an active composer and arranger for various groups.

Jackson Borges has served as Organist & Parish Director of Music for All Saints' Church & St. George's Chapel since 2014. He is a graduate of San Diego State University and Westminster Choir College, where he earned the Bachelor and Master of Music degrees in organ performance, respectively. Jackson has concertized extensively at home and abroad as organist, vocalist, pianist, accompanist, conductor, silent movie accompanist, and chamber musician in classical and musical theater realms, and his compositions have been performed and recorded up and down the east coast. His major teachers have included Robert Plimpton, Alan Morrison, and the late Tom Hazleton, with studies in improvisation with Bruce Neswick and Stephen Tharp. Presently, Jackson is a candidate for the Doctor of Musical Arts degree in organ performance at the University of Alabama, as a student of Dr. Faythe Freese. He is represented exclusively by Concert Artist Cooperative (www.concertartistcooperative.com/borges.htm) and more information may be found at www.jacksonborges.com.
The message of God is very simple. Love one another. Take care of one another. Take care of creation. And while you're at it, love me--love God. Do that and you will find your way. That is the core of the gospel. That is the only sermon that matters.
- The Most Rev. Michael B. Curry, Presiding Bishop &Primate of The Episcopal Church