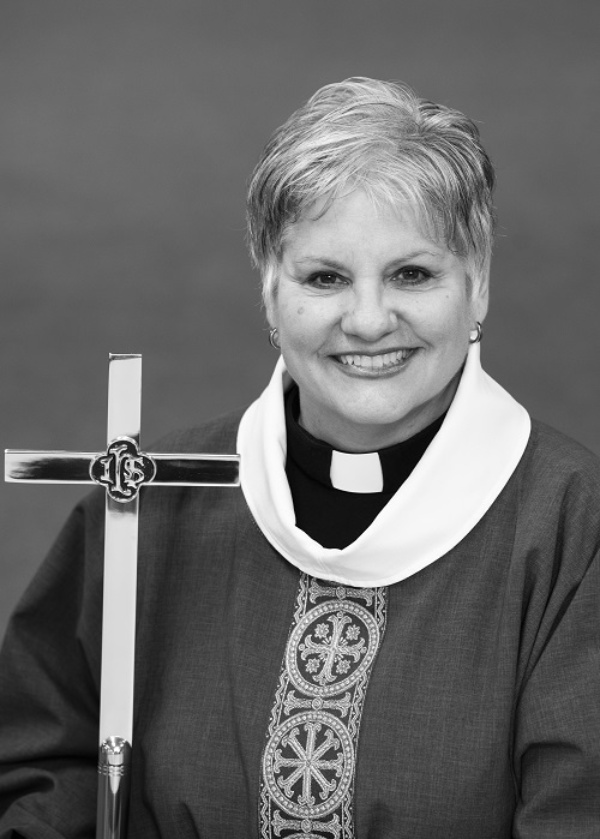 Rector
The Rev. Shelley D. McDade began her ministry as Priest-in-Charge at St. John’s Episcopal Church in Park Slope, on January 10, 2015.
Her arrival to Brooklyn and the Episcopal Diocese of Long Island follows four and one half years of service at The Church of the Ascension, Manhattan, in the Diocese of New York.

In addition to her experience in parish ministry, Mother Shelley spent 24 years working in the corporate world managing regional marketing and advertising programs for clients such as Exxon Mobil, McDonalds and Pepsico in North America and the Pacific. Mother Shelley earned her Masters of Divinity in 2010 from The General Theological Seminary.

Mother Shelley grew up in Delaware and attended the School of Radio/Television at Ashland College in Ashland, Ohio. She has three sisters living south along the East coast.
The message of God is very simple. Love one another. Take care of one another. Take care of creation. And while you're at it, love me--love God. Do that and you will find your way. That is the core of the gospel. That is the only sermon that matters.
- The Most Rev. Michael B. Curry, Presiding Bishop &Primate of The Episcopal Church